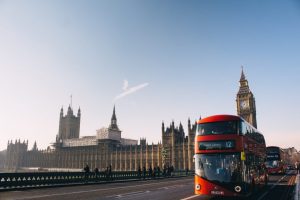 The Environmental Bill which is expected later in 2019 is set to create a legal framework for leaving the EU as well as for the Government’s 25 Year Environment Plan. With improving air quality being one of the main objectives,  LSx along with other members of the Healthy Air Campaign  have supported and set out a briefing with targets that we think the bill needs to deliver for cleaner air in the UK (1).

It is vital that fighting air pollution is a core part of the bill as it affects everyone and is particularly dangerous for the most vulnerable individuals across the UK such as children, older people, those with existing health problems, outdoor and transport workers and people from deprived backgrounds. This briefing is being used as part of ongoing national policy discussions with bodies including Greener UK.

This briefing is supported by:

Our thoughts on the Environmental Bill:

The new Environment Bill was announced by the Queen’s speech in October 2019. Its main objectives are the protection and the improvement of the natural environment. This will also be the first piece of environmental legislation which will replace EU regulations. The Bill sets out priorities and long term targets under the following topics:

This set of laws will boost the UK’s future climate commitments after Brexit. While we applaud the creation of a new environmental watchdog, it lacks ambition in a number of key areas:

Air pollution is the biggest environmental threat to health in the UK, with up to 64,000 deaths a year attributed to long-term exposure. Air pollution is responsible for more deaths than smoking. The Bill needs to include specific limits for PMs as outlined by the World Health Organisation, as it currently does not include these targets on air pollution.

In terms of waste, the Bill should also push towards waste reduction in the first place rather than waste management. Prevention is key in the transition towards a more resource efficient circular economy. We welcome the idea of bottle deposit return schemes and charges on single use plastics, but there needs to be far more action on increasing recycling. Since 2011-12 the overall household recycling rate in England has risen by just 0.7%, while most regions have seen a fall.

The Bill outlines a framework for long term goals and the deadline for achieving these is 2037. We think that this is too far away. According to the Committee on Climate Change, the UK is not on track to meet its fourth carbon budget which covers the period 2023-2027.

We appreciate the emphasis on biodiversity and green recovery, but future governments should not be supporting projects like airport expansions. Also, the Bill does not address the UK’s role in international supply chains which affect biodiversity overseas.

© 2020 Lsx. is a registered charity, number 1122130 and a company limited by guarantee, registered in England and Wales, company number 5154010. Powered by Pro Web Designs

We use cookies to ensure that we give you the best experience on our website. If you continue to use this site we will assume that you are happy with it.OkRead more